Though still in Beta, the release of Google Optimize 360 is a pivotal moment for website optimization. To understand why, we need to look back to the beginning of Google’s testing features. Until recently, only large companies could do website optimization. The cost and complexity of the existing products were prohibitive to most prospective users. In 2007, Google released their first tool, Google Website Optimizer, a free tool that anyone could use to run basic A/B and multivariate tests.

2010 marked the introduction of Optimizely, one of our favorite tools (beloved by many of our clients). Optimizely offered the ability to have a WYSIWYG editor, allowing anyone to create their own tests at an affordable price point. It completely blew away the capabilities that Google Website Optimizer had to offer. Google responded in 2012, launching Google Content Experiments, which integrated their testing directly into Google Analytics for the first time. It did not however, make testing any easier or support multivariate tests or even provide a WYSIWG editor.

Almost 10 years after Google entered testing, they once again have a product worthy of every business’s attention: Google Optimize 360. Google Optimize 360 performs unlike any other testing tool on the market. Its ability to integrate with Google Analytics for both targeting and analysis is unmatched. In a matter of minutes you can create audiences from Google Analytics that provide personalization and targeting that would require complex integrations in other tools. The ability to see and create cohorts for test performance provide you with the ability to analyze every detail of your tests with every single report in Google Analytics.

Lets take a look at how easy it is to get started with Google Optimize 360!

Getting Started with Google Optimize 360

Google Optimize 360 requires one small code change to get started. You will need to install the Optimize snippet that is provided after creating an account as high up as possible after the opening <head> tag on every page. At the time of writing of this blog post, Google Tag Manager does not support implementing Optimize as a tag choice because of its synchronous nature. Hopefully this will change soon!

Now that you have installed the Optimize snippet, here is how easy it is to test and target through Optimize.

Step One – Start A New Experiment 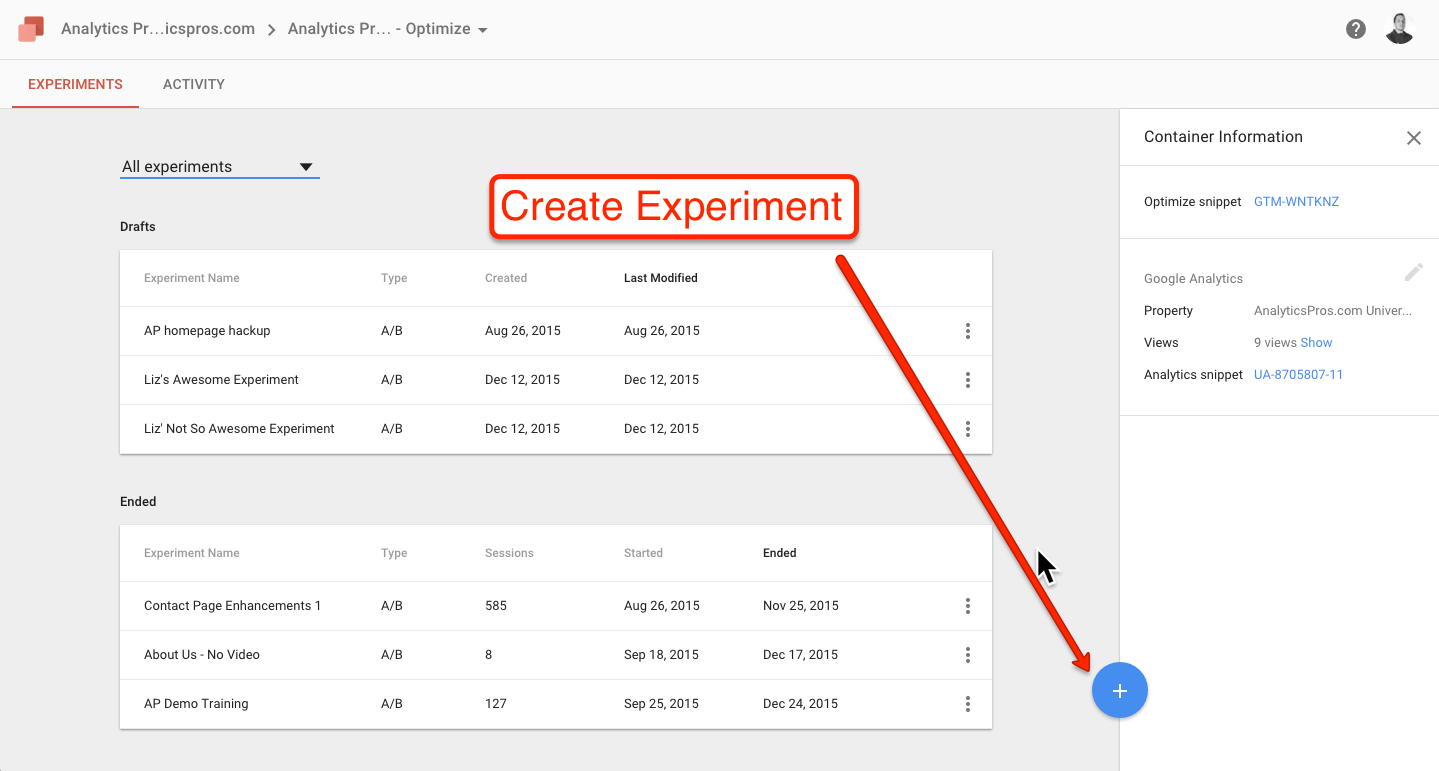 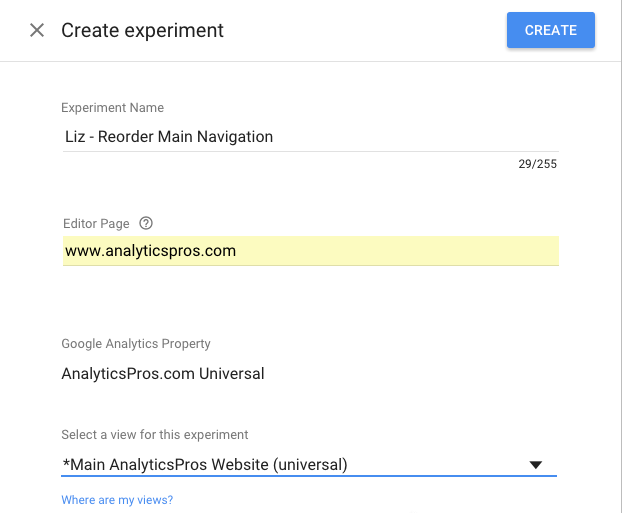 Creating variations is easy through Google Optimize’s WYSIWIG editor. You can click on any image of the page and edit elements through the pop up menu on the right side. You can also click and drag various elements. The GIF below shows how easy it is to create a variation where the main navigation is rearranged.

The objectives and targets are where Google Optimize really shines. You can easily selects your goals from Google Analytics as experiment objectives, add notes and a hypothesis, and most importantly your targets. 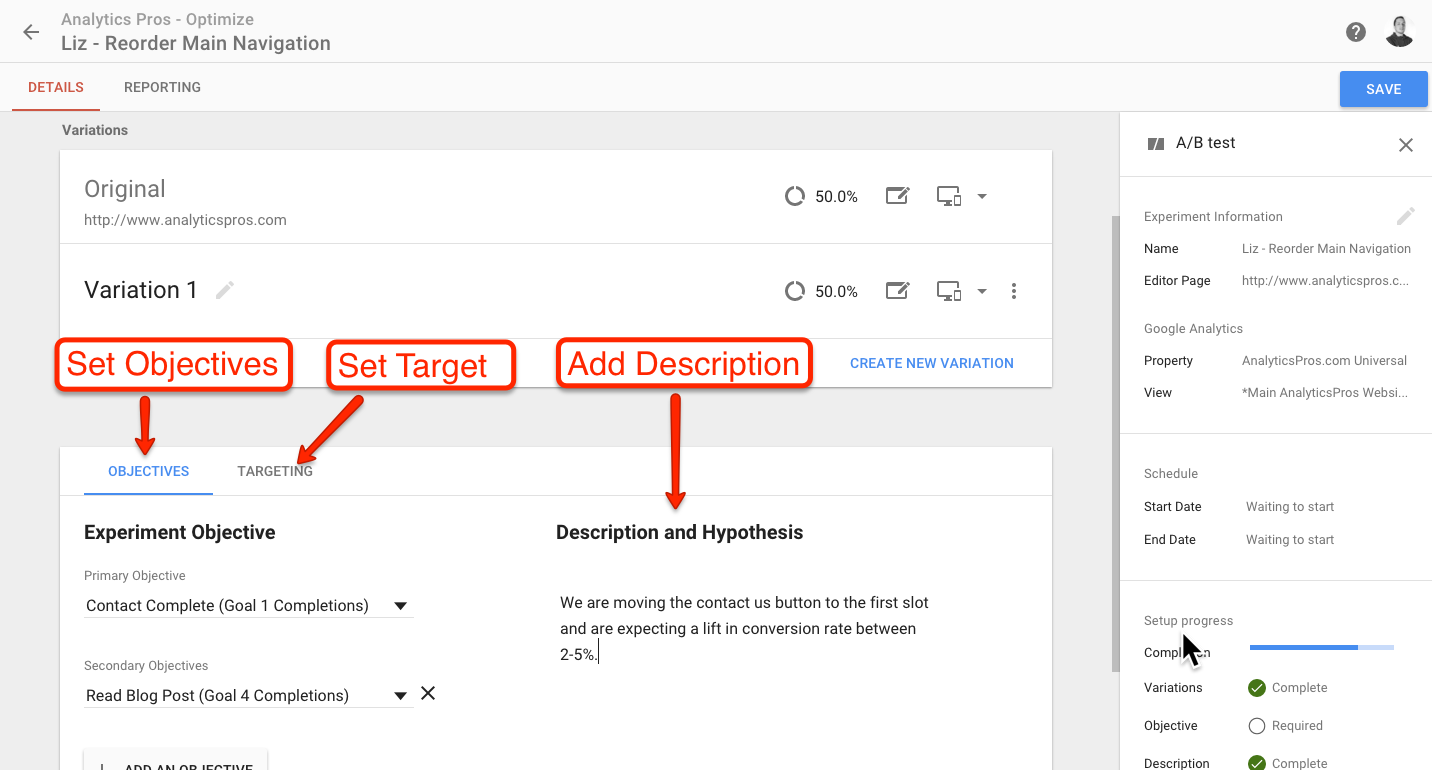 The targets are the most powerful offering of Google Optimize 360. From here you can run tests that target based on any combinations of the following rule types: 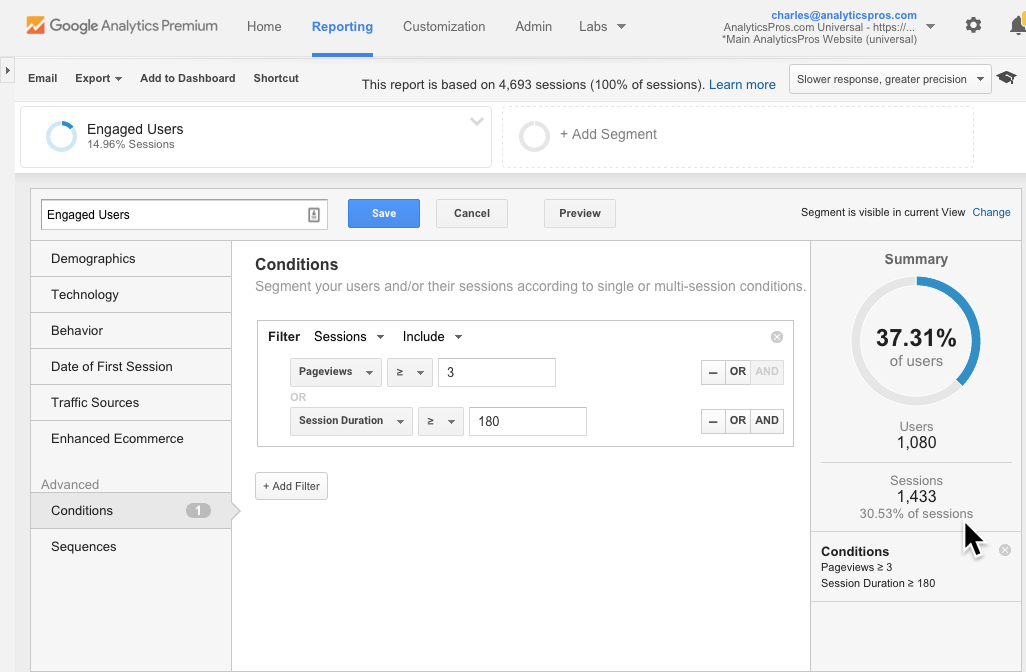 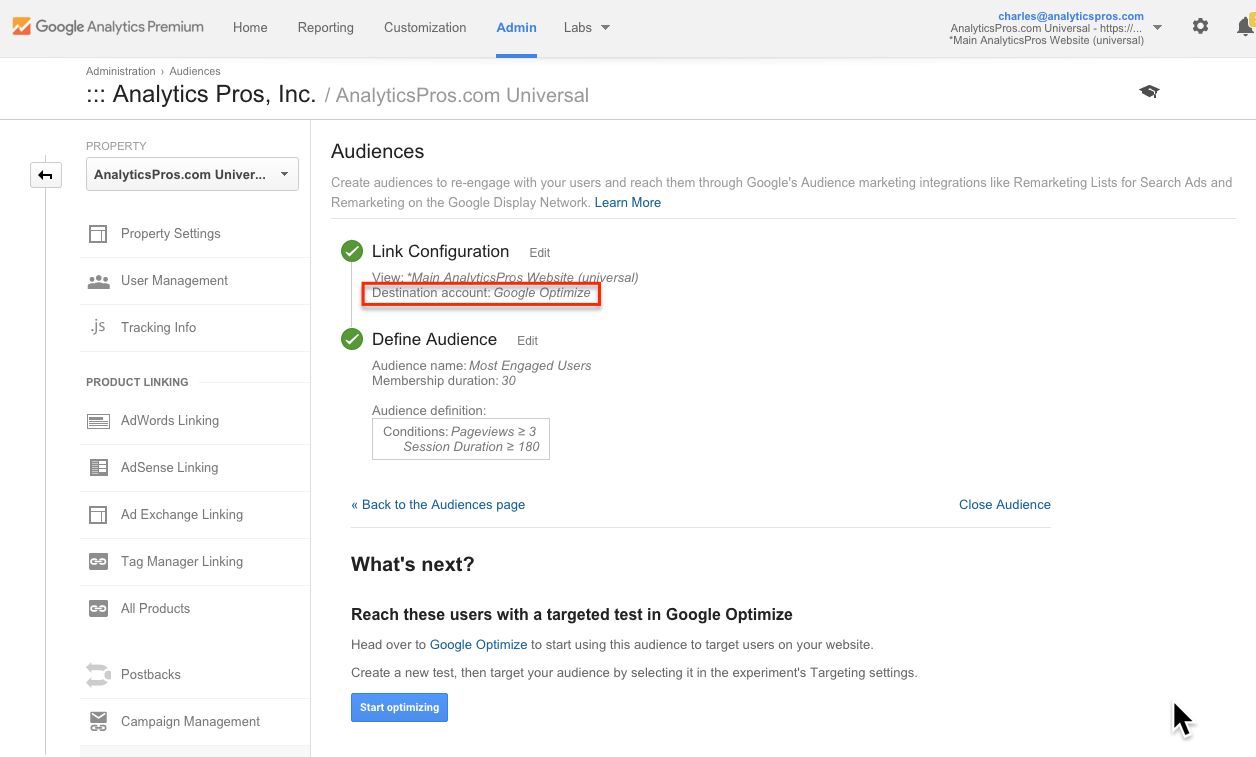 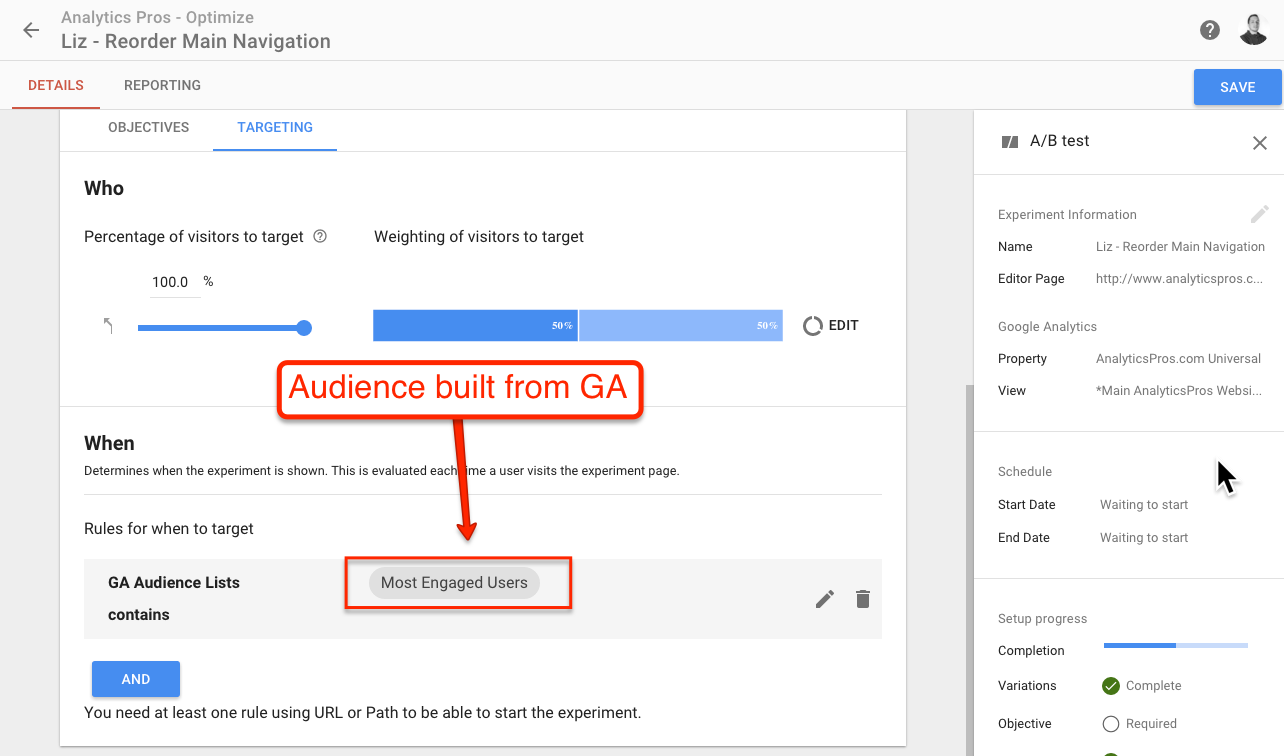 Google Optimize 360 has clearly entered a market full of tools and established an enterprise product with features and value that are unrivaled. What are some tests you are planning to run through Optimize? Leave a comment below or contact us if you need any help getting your optimization program off the ground!