From pictographs on cave dwellings to mobile second-screen viewing around the plasma T.V., humans have always been visual creatures. And, although it took us a while to get here, we now live in a culture of message saturation, all competing for that split-second human spark of inspiration. However, with the abundance of levers to pull and data to mine, user perception and experience has taken a backseat — until now. With upcoming privacy regulations and the evolution of direct-to-consumer tactics, we’re seeing a shift from lever pulling, into experience curating, with a focus on chasing lifetime-value (LTV) that is highly social and organic. Marketers are asking the fundamental, yet often overlooked, question: Do users like you, brah?

Be there. Be useful. Be responsible. That’s the mantra. Like most things in life, people like to be met where they are for an experience, not where you want them to be, which seems invasive. Engineering this in a marketing sense means focusing heavily on authenticity, humanization and brand storytelling. You need to “experience-optimize” every split-second impression and touchpoint, not just around spend margins and saturation, but in triggering users’ consciousness and all the feels. After all, it only takes a split second for humans to construct a perception about something. This article may seem simple, in fact, we aren’t even discussing tech at all. But it is in that simplicity that we find incredible complexity. Narrow focus breeds deep experience, so let’s take a step back. Here are a few tactics:

Let’s take a look at a few examples:

Be creative. What is not being talked about? Go outside the box, disrupt product expectations and humanize the messaging. Speaking of outside the box, let’s look at BarkBox, which literally scaled a company around unboxing using all of these considerations.

BarkBox found a nuanced and extremely human customer trait: People like showing off their cute dogs on social, dogs like treats and opening a present makes everyone feel good. Simple.

Strategy: Bring offline to online in a useful way. BarkBox doubled down on box design, made sure the branding was large and in charge and focused on really creating an amazing experience. From there, they encouraged users to post videos of unboxing with their dogs along with incentivized hashtags, discounts, gamifying, etc. Of course, feeling like you’re part of something and being inspired made this campaign spread like wildfire — not to mention the aftershock meme groundswell that came after.

Result: Social channel dominance, millions of free content curators, incredibly authentic user stories and an army of loyal brand ambassadors inspiring others to do the same. Since 2017, BarkBox has about 600K+ users, 1.5M Instagram fans and 3M Facebook fans — all scaled within about seven to 10 years, at an extremely conservative paid media margin. 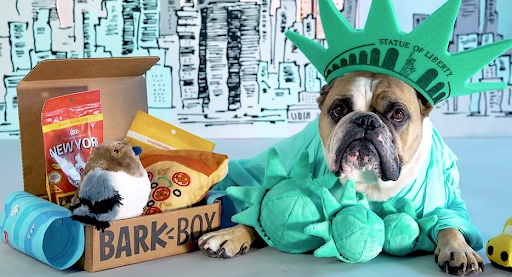 Another great campaign example is Allbirds. I had the opportunity to be part of an Allbirds media campaign years ago, and was inspired at the moment I was able to hear their story at the flagship store in San Francisco. Allbirds was born out of a very simple question: Can you create something better, in a better way, without heavy branding? Yes. In fact, aside from delivering a killer product that people genuinely want to use, Allbirds dropped shoes with zero logos on them to be less invasive. Marketing followed suit with heavy native tactics and user-based content that swelled a Silicon Valley trend into a $1.4B company.

Finally, we can look at Chubbies: Channeling your inner Bro to a $16M funded startup doing $40M+ in revenue. With no user blog or sales talk, they’re unapologetic, yet tongue-in-cheek. Most of their content is user generated and absolutely hilarious. Bringing offline to online couldn’t have been better executed. They do things like randomly sending thousands of bags of Big Chew gum or other bro staples like beer koozies to past customers, who then went social. In one instance, someone wrote to them that their Chubbies were stolen, so not only did Chubbies give them another pair for free, they also bought them self defense Karate Lessons.

Echoing the article title, Chubbies puts it a better way: Would people want to hang out with your brand? 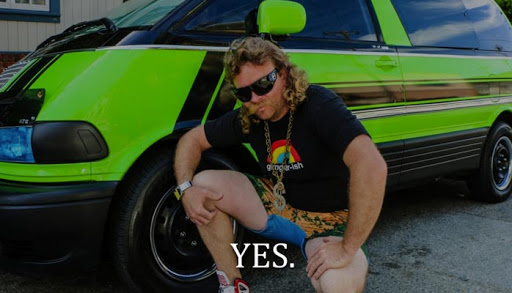 Make sure your audience likes you. A lot. And design your paid media around this. Be the motivating force in your users’ consciousness at every touch, because as we see the landscape evolve, especially with the rise of D2C, the art-of-storytelling will become increasingly competitive. It’s not just about where, or how anymore. Meet your users where they are, and inspire them authentically with experiences that resonate from a brand that echoes your core values.