In June 2020, Apple previewed the new versions of its operating systems macOS 11 Big Sur, iOS14, iPadOS 14, tvOS 14 and watchOS 7. These updates generated questions within the AdTech and MarTech communities in two separate areas:

This post focuses primarily on examining the impact on the Google Marketing Platform (Google Analytics, Campaign Manager, etc.), Firebase, Google Ads and the Google Cloud Platform. It is complementary to our previous update on upcoming third-party cookie changes.

During the Livestream for WorldWide Developers Conference (WWDC), Apple previewed Safari 14 and showed previews of updates focused around privacy improvements. The most notable update is the new Privacy Report, which will be available for both iOS and macOS. 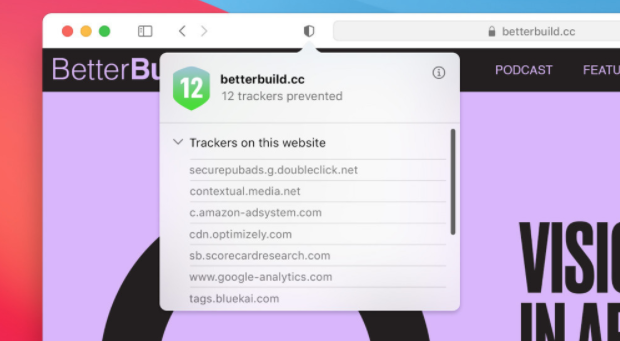 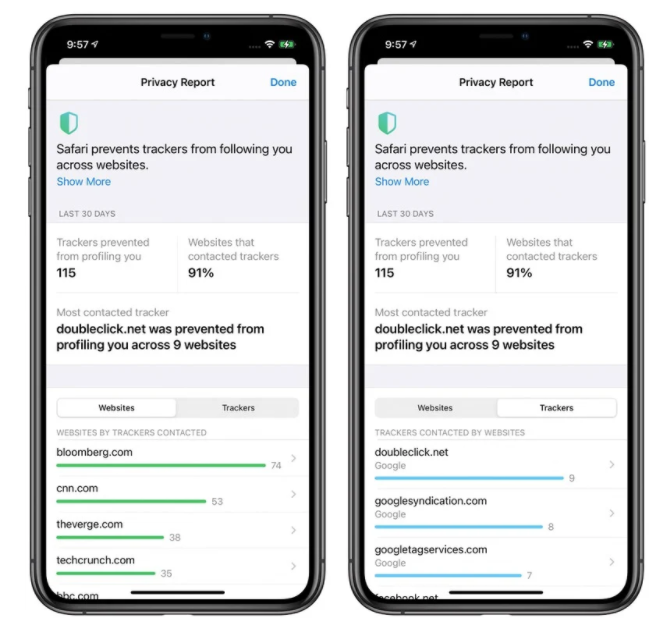 How does Safari 14 impact you from a marketing and advertising perspective? The short answer is not much.

If you had been following social media during the Livestream, you would have seen articles and statements going around saying that Apple is  now preventing almost everything, including Google Analytics from tracking anything. This was debunked in detail by Simo Ahava.

The biggest change with the Privacy Report is that Apple is providing more transparency to its users, allowing them to easily see what providers are tracking them and what actions Apple has taken based on each user’s preferences and settings. Previous versions of Safari already included ITP, which is now enabled by default, and the Privacy Report shows which trackers ITP is impacting.

The takeaway here is that Safari 14 provides more transparency around what is happening, which is a very welcome change. At launch, Safari 14 should not impact any of your existing marketing and advertising platforms in different ways than previous versions (13, 12, etc.).

The changes to IDFA will have a huge impact on the marketing and advertising industry for years to come. IDFAs are simply the equivalent of third-party cookies in web browsers, but for Apple’s mobile app ecosystem on iOS, iPhones and Apple TVs. The changes coming are long overdue, because one could easily argue that tracking in the Mobile App ecosystem is even more invasive and problematic than its web counterpart. To understand this, we need a quick recap of how IDFAs came to be.

When the mobile app store on iOS first launched in 2008, most providers had easy access to the device identifier (UDID), which could be collected by any marketing and advertising platform. The device identifier was not resettable and made it easy to track individual users across apps.

It wasn’t until 2012 that Apple launched the IDFA as a replacement for the UDID. While IDFA was a step forward for privacy advocates, most would agree that it didn’t make anything more private. The IDFA was toggled on by default, and even though Apple has requirements around how you are supposed to ask and use it, it was still too easy to just collect by default for the vast majority of users (who would rarely reset it). The result: IDFA was not that different from the UDID in practice.

Today, almost every advertising platform relies on IDFAs. As an example, Google Analytics and Firebase uses them for demographics and remarketing; Campaign Manager uses them for conversion tracking; and providers like Branch, Apps Flyer and Kochava have relied on them to power their attribution capabilities.

If your company has your own mobile apps or you do any advertising on mobile app inventory, these changes will impact you. These changes are also only the start of more to come.

What Is Changing with IDFAs

The IDFA itself is not changing, but how and when you can collect it is. As shared before, the requirements and enforcement around when and how you collected the IDFA used to be very loose, resulting in a lot of apps and platforms simply collecting it by default. With iOS14, there is a required new consent framework and updates to your app developer agreement around IDFA usage.

As you can see from the image above from Branch’s post on “What Is the IDFA? Learn What It’s Used for — and Why iOS 14 Killed It,” the most significant change is the new consent requirement. The expectation is that moving forward, any app and platform that wants to collect the IDFA will be required to have the consent pop-up shown above in the first image. Providers like Branch, which previously relied heavily on it, are proclaiming that iOS14 has effectively killed the IDFA, mainly because the expectation is that opt-in rates will be low and additional future updates will introduce even more restrictions and changes.

In summary, we all know third-party cookies are no more and now we know that IDFAs will be gone within the next few years. We expect Google to follow these changes within their app ecosystem, which has a similar Google Advertising ID. The result will likely be the complete loss of device-level identifiers that are accessible for marketers. The truth is, these identifiers should have probably never existed in the first place.

How to Prepare for the Death of Mobile Advertising IDs (MAID)

The death of MAIDs (IDFA/Google Ad Identifier) and their replacement will be very similar to our journey with replacing third-party cookies for the web. Many of the providers you use within your apps likely have already updated their SDKs. As an example, Google Analytics/Firebase updated its attribution methods to use SKAdNetwork, which is a privacy-safe API provided by Apple.

Over the coming months and years, we will see more privacy safe mechanisms for tracking provided by Apple, Google and others. You will need to invest in learning the foundations of how these new APIs and methodologies work. 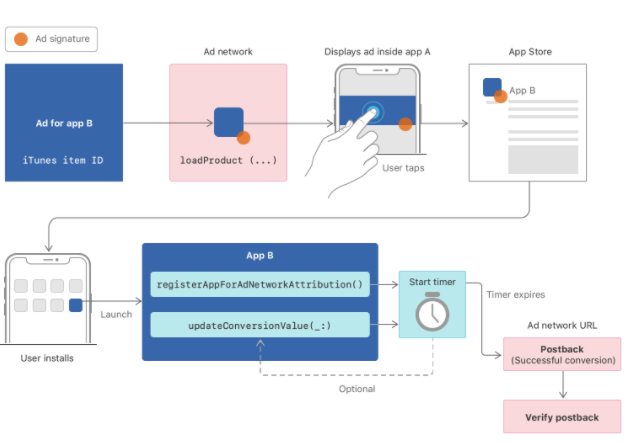 Investing in your first-party data is the second obvious recommendation, which is also identical to our web counterpart. Having the ability to rely on your own identifiers that are built off of trust and relationships with your customers will be a key part of the ecosystem of the future.

The marketers and advertisers that will be most successful will be those who make privacy part of their DNA. These are the marketers that won’t wait until someone tells them what they legally have to do, but will already be steps ahead because they will have focused on what is the right thing to do.

Simply, always treat your customers with consent. If you need to track them, ask for permission. Disclose what you are going to do with their information and what is in it for them. Give them easy ways to update and change their preferences. Go a step further than most and start thinking about having automated data-deletion of anonymization policies that take effect after a certain amount of time. Protect your users’ data as if it was your own (because it is).

The Expertise You’re Looking For: Adswerve’s Best Blogs of 2022

Understanding the Basics of Consent Management and Consent Mode