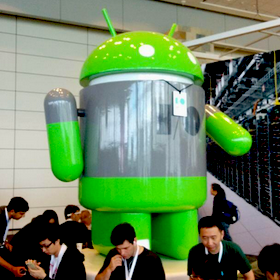 As Analytics Pros’ main mobile guy, I had the privilege of attending this year’s Google I/O Conference 2014. Google released many exciting new features for Android, so here’s what you need to know about Google Android’s latest features, and how you can use them to better understand your customers.

In 2014, Google reported 35 billion dollars in revenue from app purchases, in-app purchases and subscriptions. It is interesting to note that 91% of app downloads are free. Users are less inclined to pay for apps, but will make in-app purchases once they see value in the app. This means just measuring downloads is not a relevant measurement for an app’s performance. Today’s app developer must understand how to retain their users, and especially how to engage their users, driving in-app activity and purchases.

An estimated 10% of app users drive 90% of in-app purchases. You need better tools to find your valuable users. Google is working to connect users with apps via Google web searches. Once an app is found, then a user will be brought into the portion of the app that best matches their search. A simple example is a music app. If a user searches for a Beatles song, Spotify may show up in the search results and instantly open the app to that Beatles song.

Google is also investing into AdMob, a mobile advertising platform. Stay tuned for the upcoming release of a feature called ‘audience builder’, which will allow app companies to advertise to a specific mobile audience. The audience builder resembles the retargeting list that is currently available in Google Analytics. For example, your Android app could now only push a special advertisement only to users in Brazil that are highly engaged.

Google’s new Ecommerce button now only takes two taps to make in-app purchases. This will help eliminate users from falling off the conversion funnel. This is important since the screen resolution prohibits users from comfortable filling in form fields.

Trueview Youtube views for mobile is another powerful new tool to create custom advertising experience that can dramatically increase the click through rates. App users are provided more freedom to choose the ads they prefer while watching Youtube videos–from news clips, to Animal Planet’s Puppy Bowl, and everything in between.

Overall, Google is recognizing that mobile use and engagement is on the rise. We’re excited to help you roll out these new features, giving you more insights than ever before into your mobile performance.